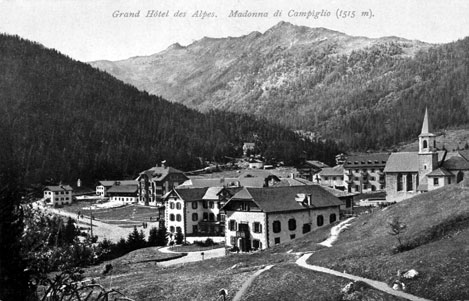 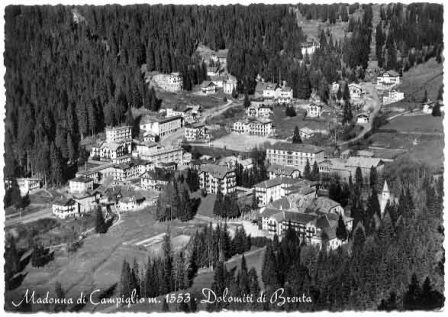 In 1948 the  first cableway system was inaugurated, a chairlift that connected Madonna di Camiglio to the Spinale; 2 years later in 1950s the 5 Laghi cable car and some skilift were implemented.
Nowdays the system of the lift company develops over 90 kms of slopes with a capacity of more than 30.700 people every hour and is in plan a connection with the Pinzolo's slopes (as the one with Folgarida and Marilleva is already into place)
The famous 3-Tre, the most prestigious ski World Cup race was born in 1948 from the fantasy of Rolly Marchi as a tris competition (slalom, giant slalom and freestyle) and only few years later dismembered among different locality.
Madonna di Campiglio nowdays is with no hesitation the number one among the ski location and the most important in the Alps: the variety of its mountain habitat assure during the winter to go, ski on foot, numerous kilometres of slopes reaching 2600 amsl, always different for level of difficulty, for the breathtaking sight over the Dolomiti di Brenta and Adamello/Presanella.
Madonna di Campiglio, with ots 1500 amsl, is the only to provide skiers with full days on the slopes leaving from the town center and returning ski on foot
The beauty of Madonna di Campiglio is not forbidden to anyone: it is a beauty that is revealed little by little, experiencing the silent of nature and diving in the shinning snow's crystals.